So here’s another random geometrical situation that caught my attention while I had some downtime at work today.

Imagine we have two monitors that we would like to pivot so that they always stay in contact; however, we don’t want to install and ugly hinge along the front surfaces so we build an arm attachment in the back.  Of course, it can’t be one arm because that doesn’t physically work, but two arms hinged to each other and to the monitors will.  This raises interesting questions about how the arms need to move together to pivot the screens, especially if we would like the system to be automatically driven and move at an even and smooth speed. 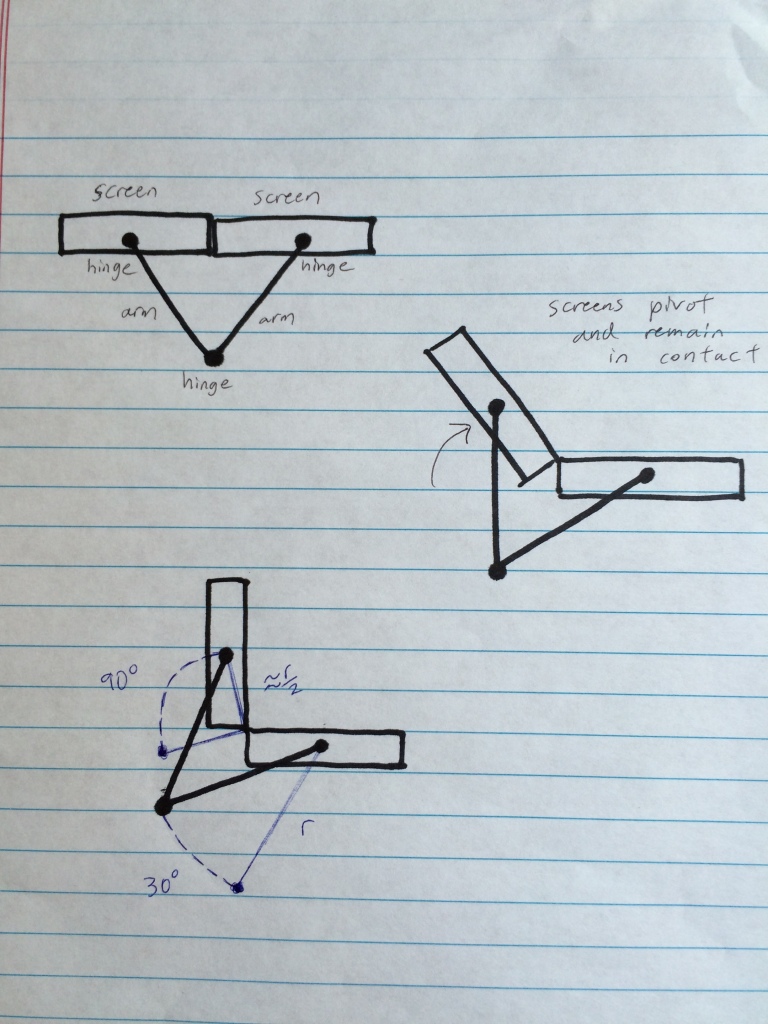 I haven’t yet figured out all the equations and differentials that govern the relative movements of the arms, but some quick thought on the ideal case can get us in the right direction.  Imagining a perfectly equilateral triangle setup, and also ignoring the thickness of the screens, we see that every 3° rotated by the screen requires a 1° rotation on each internal angle of the hinges.  Twisting each hinge at a fixed speed will result in the screen pivoting at 3 times that speed.

Of course, the correct way to do this is clearly just to build the darn setup, manually rotate the screens, have sensors record the movement, and then feed those movement curves back into the motors.