Many artists and observant folks are already well aware that creating an image with a reflection is an art and that it can be very jarring when one is poorly crafted.  This is a brief post where I explore specifically what optically is wrong when a reflection is created by mirroring an image.

First we have to understand how real reflections look.  Let’s say we have a situation where an observer sees an object that is being reflected by the ground (it’s made of glass, there’s a layer of water, whatever) in Fig A below.

In this case, the observer sees the physical object at one angle and the reflection at a slightly different angle.  In Fig B, I’ve updated Fig A to show a 90 degree viewing angle to the physical object and an approximately 45 degree viewing angle to the image.  Depending on the shape of the object, this may allow the observer to see more of the “underneath” surfaces in the reflection.

Now, if I am in the process of creating a fake reflection where I’ve simply taken an image of an object and flipped the pixels, the flipped image because it is 2D is at the same viewing angle to the observer as the unflipped image.  Since in a real optical setting, the image should appear at a steeper angle, now it appears to be leaned in towards the observer (Fig C).

And an even more fascinating realization is that for such a case to even be physically possible, the reflective surface would have to be bifurcating the angle between the image and its reflection and be perfectly in line with the observer’s eye (Fig D).  The fact that this is a physically impossible situation means that seeing such a reflection should feel completely alien and unsettling, especially in a doctored or Photoshopped or drawn image.

Now of course this is an extreme simplification of the situation.  Clever artists know that distance matters as well.  Shrinking the reflection to accommodate for it’s perceived increased distance helps the reflection feel like it is in the right place.  In addition, if the reflective surface has texture and is not completely clear, the observer’s mind will fill in the gaps and think that the image should make sense.  Finally, as the distance between the observer and the object increases, the delta between the viewing angles of the object and the reflection becomes a negligible difference anyway.

Nonetheless, I found it to be an interesting thought exercise to explore the physical reality (or non-reality) that may sometimes underlie a gut feeling of a mirrored image being “wrong.”

For this Chinese New Years, I wanted to take a shot at making my own version of a graphic hat captured the year of the rooster.

A quick look revealed a lot of designs that were very stylistic or that only hinted at the rooster partially.  I decided that I wanted to attempt something that utilized the whole number as part of the rooster while retaining the legibility of the numbers.

A quick initial investigation on the form revealed to me where I would like the numbers to be and I then began to bring the numbers back to a more legible state. 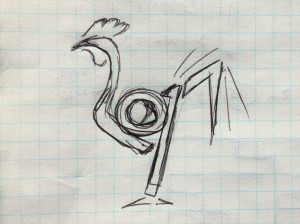 Attempting to keep the numbers in a printed font like state proved difficult as the blockiness conflicted with he angles I wanted for the rooster (the upwards angle of the head and neck and of the tail).  I ended up deciding to angle the numbers slightly up at each end to accommodate this.

Then it was onwards to the calligraphy.  Ink is a very punishing medium; without layers and undo buttons, a single mistake on a later stroke can make an entire image trash.  On the other hand, this means that you get a lot of practice, and by the final draft, every stroke is very familiar to you.

As I started, I still needed to play with thickness and dryness of the brush.

With a bit of workshopping with my friend Dan Lin (https://aeveis.tumblr.com/), here is my final version below. 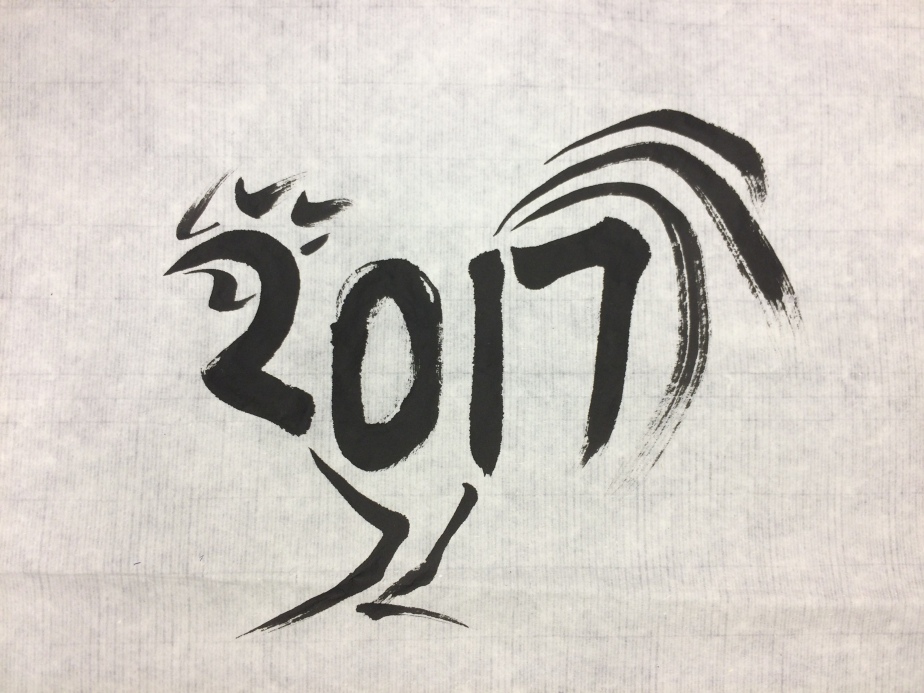 Trying to capture the complex texture of rock.  Not completely satisfied with the balance of macro and micro structure I was able to capture. 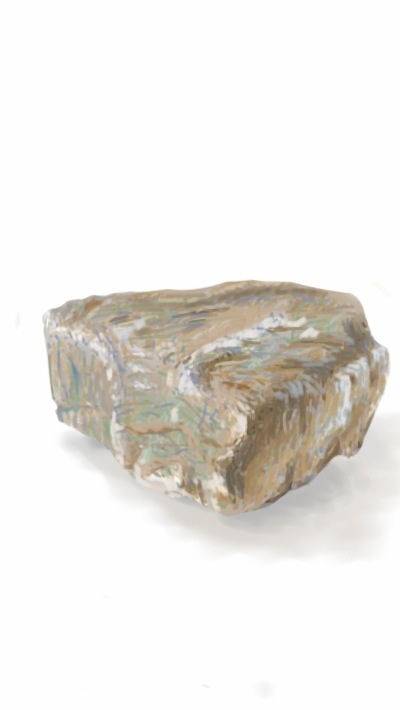 The delicate contrasts in silk.

This time a study on the distinctive texture of wood.

Finished over the course of a few commutes on the Austin, Texas Cap Metro 30 bus.

This time a study on the subtle gradients and high contrast of glass.

Finished over the course of a few commutes on the Austin, Texas Cap Metro 30 bus.

Study on the high contrast of metallic surfaces.

Done on my iPhone in SketchBook by Autodesk, and finished over the course of a few commutes on the Austin, Texas Cap Metro 30 bus.

My Fall 2012 elective, Entertainment Design Studio, is over.  I’ve finished what was essentially an independent study in Fight Choreography and Filmography, and throwing myself right in to it (literally) has shown me a lot.  Even at the beginning of this semester, I knew that one semester of coursework would provide me no mastery in this field, but I do feel like I have seen a lot and become aware of the processes and considerations that a producer of fight scenes needs to be aware of.

And to end on, here are selected bloopers from the semester: